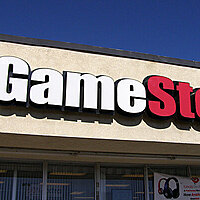 Tuck professors Peter R. Fisher and Curt Welling will consider the recent GameStop/Robinhood controversy from a variety of perspectives: regulatory, financial, and social. They will discuss a range of “remedies” that have been suggested to solve the underlying “problems”. What happened; how did it happen; who are the players; what are their motivations? What, if anything, should happen now? Hosted by Rockefeller Center Director, Jason Barabas.

Peter R. Fisher teaches at the Tuck School of Business at Dartmouth where he is a clinical professor. He is a member of the FINRA Board of Governors and serves as a director of the Peterson Institute for International Economics. He is also a member of the Systemic Risk Council.

Prior to coming to Tuck in 2013, Mr. Fisher worked for ten years at BlackRock where he served in several capacities, including Head of Fixed Income Portfolio Management and Chairman of BlackRock Asia. From 2001 to 2003 he served as the Under Secretary of the United States Treasury for Domestic Finance and from 1985 to 2001 he worked at the Federal Reserve Bank of New York.

Mr. Fisher previously served as a member of the Strategic Advisory Committee of the Agence France Trésor, as a non-executive director of the Financial Services Authority of the United Kingdom and as an independent director of AIG.

Curtis R. Welling D'71, T'77 is a clinical professor of business who teaches courses at the intersection on business, society, and government. Prior to Tuck Professor Welling served as the president and chief executive officer of AmeriCares for 11 years, guiding the organization in delivering $9 billion in medicines and supplies around the world. Prior to AmeriCares Professor Welling worked in the investment banking and securities industries for 25 years. He was the head of global equities at Credit Suisse and the head of equity capital raising at Bear Stearns. He teaches classes on Impact Investing, Social Entrepreneurship, Business and Society.

Host:
Jason Barabas ’93 is the Director of the Rockefeller Center for Public Policy and the Social Sciences at Dartmouth College as well as a Professor in the Department of Government. Professor Barabas earned his Ph.D. in Political Science from Northwestern University and his undergraduate degree in Government from Dartmouth. In the years since, he has held postdoctoral fellowships at Harvard and Princeton as well as academic faculty positions in New York, Florida, and Illinois. Currently, Professor Barabas teaches and conducts research on public policy and opinion preferences with an emphasis on empirical methodology and research design. In the last few decades, Dr. Barabas has published more than a dozen articles in top-ranked journals such as the American Political Science Review, American Journal of Political Science, and Journal of Politics. Additionally, Professor Barabas is a member of the National Academy of Social Insurance, and he has received awards from the American Political Science Association and the International Society for Political Psychology.