Please join us for a talk given by Keith Doelling, Institut de l'Audition, Institut Pasteur, titled "Temporal prediction of natural rhythms in speech and music". 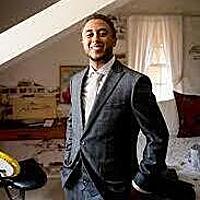 Title: Temporal predictions of natural rhythms in speech and music

The ability to predict the onset of future events is a critical feature for survival. Knowing in advance when some stimulus might occur improves our ability to detect, process and react to it. The neuroscientific field has broken down temporal prediction into two separate and distinct mechanisms: interval timing, the measurement and prediction of single time intervals, and rhythmic timing, the synchronization with repeated sequential intervals. This talk will probe this formulation by asking how far it can get us when dealing with realistic stimuli. Rarely in the natural world (even in music) are rhythms perfectly isochronous and rarer still are temporal intervals presented in isolation. Here we test the extension, particularly, of rhythmic processing models into more naturalistic settings in two parts. First, I will show in a series of studies that neural responses to naturalistic stimuli like speech and music are well modeled as an oscillator synchronized to quasi-rhythmic input. Second, I will present work comparing such a model with behavioral responses of participants to ambiguous rhythms, suggesting that a neural oscillator may act as a kind of rhythmic prior to improve sensory perception of quasi-rhythmic stimuli. Together, the work will present a clear direction for the study of temporal prediction in more realistic environments. It will highlight computational modeling as well as behavioral research as a critical avenue for the elucidation of neural mechanisms underlying the temporal prediction of music and of the environment at-large.

**Closed captions and/or ASL interpretation provided for this talk