Nat Chediak will discuss co-founding and directing the Miami Film Festival 1984 to 2001 and his work as a six-time Grammy-winning music producer of Jazz Latino legend Bebo Valdés. 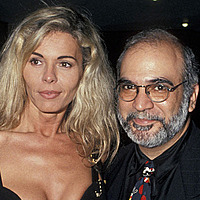 Six-time Grammy-winning (three Americans and three Latinos) music producer of Cuban greats Bebo Valdés and Chucho Valdés and co-owner with film director Fernando Treuba of Calle 54 Records, Nat Chediak was the legendary co-founder and director of the Miami Film Festival (18 years from 1984 to 2001). Beginning at the University of Miami Film Society in 1971, Chediak has programmed numerous Miami art cinemas, including The Cinematheque and Arcadia Cinema, and in 1981 began the Miami Film Festival, where he is renowned for first screening for American audiences works by master directors Almodovar, Wenders, Tavernier, Hallstrom, Egoyan, Wargnier, Trueba (father & son!), Kiarostami, and many more. He currently is artistic director of the Coral Gables Art Cinema.

BIO: Natalio “Nat” Chediak, a native of Havana, is the dean of South Florida film exhibitors and an authority on world cinema. The South Florida Entertainment Writers Association recognized Mr. Chediak’s endeavors as early as 1985 with its highest honor, the Carbonell Award for Outstanding Achievement in the Arts, and the same year, French Minister of Culture Jack Lang named him Chevalier of the Order of Arts and Letters. In 1995, he received the Gold Medal from Spain’s Society of Authors and Editors (SGAE), and in 1999, the King of Spain appointed him Officer of the Order of Isabel La Católica. In 2015, he received the prestigious ArtesMiami Lydia Cabrera Award.