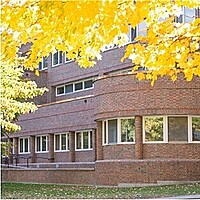 “Rocky in the 2020s: The Past, Present, and Future of the Nelson A. Rockefeller Center for Public Policy and the Social Sciences”

Lecture Info:
America is confronting challenges on wide range of issues from a global public health pandemic and the economic crisis it created to police brutality and continued calls for racial justice. Join the new director, Jason Barabas ‘93, for a discussion of how the Rockefeller Center at Dartmouth College can help educate, train, and inspire the next generation of public policy leaders to tackle these problems and others in the future.

Speaker Bio:
Jason Barabas ’93 is the Director of the Rockefeller Center for Public Policy and the Social Sciences at Dartmouth College as well as a Professor in the Dept. of Government. Dr. Barabas earned his Ph.D. in Political Science from Northwestern University and his undergraduate degree in Government from Dartmouth. In the years since, he has held postdoctoral fellowships at Harvard and Princeton as well as academic faculty positions in New York, Florida, and Illinois. While at Dartmouth, Barabas played intercollegiate football on three Ivy League championship teams and he worked as an intern in the White House Office of Media Affairs. After graduating from Dartmouth, he was appointed as an economic policy advisor for the Gov. of Illinois. Currently, Professor Barabas teaches and conducts research on public policy and opinion preferences, often with an emphasis on empirical methodology and research design. In the last few decades, Dr. Barabas has published more than a dozen articles in top-ranked journals such as the American Political Science Review, American Journal of Political Science, and Journal of Politics. Additionally, Professor Barabas is a member of the National Academy of Social Insurance, and he has received awards from the American Political Science Association and the International Society for Political Psychology.

Host Bio:
Andrew A. Samwick is the Sandra L. and Arthur L. Irving ‘72a, P’10 Professor of Economics and at Dartmouth College. In the field of economics, he is most widely known for his researchon the economics of retirement.  He is the co-author of a set of reform proposals that restore solvency to the Social Security system through the addition of investment-based, personal retirement accounts.  He has testified three times before Congressional committees on his research.  He is a research associate at the National Bureau of Economic Research and a member of the Census Scientific Advisory Committee. He has served on technical panels for the Social Security Advisory Board and as a consultant for the Pension Benefit Guaranty Corporation on the assumptions and methods they use to make long-term projections.

From 2004 – 2019, Samwick served as the Director of the Nelson A. Rockefeller Center for Public Policy and the Social Sciences at Dartmouth. The Rockefeller Center aims to educate, train, and inspire the next generation of public policy leaders. As director, Samwick oversaw the creation and development of several innovative programs that integrate the curricular and co-curricular elements of a student’s education, including the First-Year Fellows Program, the Class of 1964 Policy Research Shop, and the Management and Leadership Development Program. In November 2009, Samwick was selected as the NH Professor of the Year by the Carnegie Foundation for the Advancement of Teaching and the Council for the Advancement and Support of Education