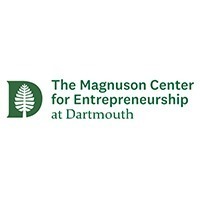 Sponsored by the Magnuson Student Leadership Board

Networking and refreshments after the event

With over 20 years of CEO and executive experience in technology companies, Jeff joined Norwest Venture Partners in 2004 and became managing partner in 2013. Jeff is one of three managing partners responsible for the firm, which has 18 investment partners and more than $7.5 billion in capital under management. Jeff focuses on investments in the internet, consumer, and software arenas. 2019 marked Jeff’s sixth consecutive appearance on the Forbes Midas List of the top 100 venture investors in the world.

Prior to Norwest, Jeff served as President, COO and board member of DoveBid, Inc., a privately held business auction firm, which expanded during his tenure via internal growth and acquisition from a $10M revenue run rate to a $120M revenue run rate with 400 employees.

From 1990 to 1999, Jeff was co-founder and CEO of Edify Corporation (Nasdaq: EDFY), a venture backed enterprise software company focused on voice and internet e-commerce platforms and applications. Jeff was responsible for all strategic and operational activities at Edify as the company went from start-up in 1990 to $80M in revenue and 400 employees. Edify held its IPO in 1996 and was acquired by S1 Corporation in 1999.

Prior to Edify, Jeff worked at ROLM Corporation, owned by IBM and Siemens, in marketing and general management. Jeff led the marketing team for the voice messaging division within ROLM, which grew from startup to $50M in revenue.

Jeff has served on the board of directors of the National Venture Capital Association, based in Washington, D.C.

Jeff is active in alumni affairs at Dartmouth College, where he currently serves on the Board of Trustees. Jeff co-founded and continues to host the Dartmouth Entrepreneurs Forum and also serves as the founding Chair of the Advisory Board to the Magnuson Center for Entrepreneurship. In the past, Jeff has served on Dartmouth’s Alumni Council and on the Executive Committee of the Association of Alumni at Dartmouth. He has been a regional leader in recruiting and interviewing activities for Dartmouth for multiple decades.