Bill Weld: The Future of the American Presidency

Republican Presidential Candidate Bill Weld to discuss policies and priorities that will define the American Presidency and the future of the United States for the next generation. 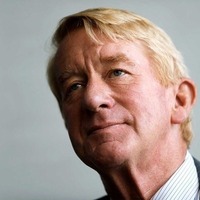 Republican Presidential Candidate Bill Weld to discuss policies and priorities that will define the American Presidency and the future of the United States for the next generation.

Bill Weld is a former two-term Governor of Massachusetts, U.S. Attorney for Massachusetts, and Assistant U.S. Attorney General in charge of the Criminal Division under the Reagan Administration. Bill is an active member of the Council on Foreign Relations and served for five years as a member of the U.S. Holocaust Memorial Council. He has worked extensively throughout Asia, Africa, Latin America, and Europe, and serves as an associate member of the InterAction Council, an elected group of former heads of state from throughout the world focused on nuclear proliferation, sectarianism, natural resources, energy, food, and water. He was the first Republican to be elected Governor of Massachusetts in 20 years and was the first Republican challenger to announce his candidacy for the 2020 election.

Charles Wheelan '88 is Senior Lecturer and Policy Fellow at the Nelson A. Rockefeller Center. He is also affiliated with the Department of Economics and the Department of Education. In addition to his work at Dartmouth, he has spent time as a speechwriter, a correspondent for The Economist, and a Congressional candidate and in other policy-related positions that inform my academic work. His goal is to make important academic ideas understandable to the broadest possible audience and to use these powerful ideas to address real social challenges.