IAS Seminar: The Need for Leadership in a Changing Arctic 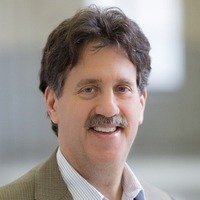 Sponsored by the Institute of Arctic Studies at the John Sloan Dickey Center for International Understanding.

The Arctic is changing in profound ways, driven largely by a warming climate.  Governments, industries, scientists, civil society—and particularly the people of the Arctic—are grappling with these changes, with mixed results.  At the international level, a new era of “Great Power Competition” threatens to undo more than two decades of generally cooperative relations among Arctic nations. Ambassador David Balton will discuss these developments and the need for visionary leadership in the Arctic.

David Balton served as the Deputy Assistant Secretary for Oceans and Fisheries in the Department of State, attaining the rank of Ambassador in 2006. He coordinated U.S. foreign policy concerning oceans and fisheries, as well as issues relating to the Arctic and Antarctica, and oversaw U.S. participation in international organizations dealing with these issues. Ambassador Balton functioned as the lead U.S. negotiator on a wide range of agreements and chaired numerous international meetings. During the U.S. Chairmanship of the Arctic Council (2015-2017), he served as Chair of the Senior Arctic Officials. He also co-chaired Arctic Council Task Forces that produced the 2011 Arctic Search and Rescue Agreement and the 2013 Arctic Oil Pollution Agreement. He separately chaired negotiations to produce an Arctic fisheries agreement. Ambassador Balton received an A.B. from Harvard College and a J.D. from Georgetown University.