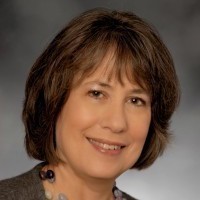 Sheila Bair has had a long and distinguished career in government, academia, and finance. Widely respected for her expertise in financial regulation and consumer protection, Ms. Bair currently serves on a number of corporate and fintech boards, while continuing her advocacy for common sense policies to promote financial system stability and responsible lending practices.

Ms. Bair is perhaps best known as Chair of the Federal Deposit Insurance Corporation (FDIC) from 2006 to 2011, when she steered the agency through the worst financial crisis since the Great Depression. She received numerous awards and recognition for her leadership at the FDIC, including the JFK Library’s Profiles in Courage Award, being twice named by Forbes Magazine as the second most powerful woman in the world, and dubbed the “little guy’s protector in chief” by Time Magazine.

Ms. Bair’s relentless focus on the public interest has always been a hallmark of her government career, beginning as a senior advisor (1981-88) to former Senate Majority Leader Robert Dole; a Commissioner of the Commodity Futures Trading Commission (1991-95); and Assistant Secretary for Financial Institutions at the Treasury Department (2001-2002) when she worked to stabilize and secure our financial infrastructure in the wake of the horrific 9/11 attacks.

Ms. Bair’s academic and policy work have also focused on public policy as the Dean’s Professor of Financial Regulatory Policy at the University of Massachusetts-Amherst (2002-2006), senior

Advisor to the Pew Charitable Trusts (2011-2015) where she founded the Systemic Risk Council, a group of distinguished financial experts which advocates for policies to promote financial stability, and most recently, as President of historic Washington College (2015-2017), where she was a strong advocate for college affordability.

An articulate and frequently provocative writer and public speaker, Ms. Bair has published numerous columns in the Wall Street Journal, NY Times, Washington Post, Financial Times, and Fortune Magazine. She the author of NY Times Best Seller Bull by the Horns, her 2012 memoir of the financial crisis, and has also written books for children on financial matters including her young adult book on the crisis, Bullies of Wall Street, and picture books on financial basics, Rock Brock and the Savings Shock, and Isabel’s Car Wash.