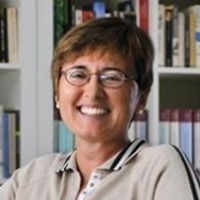 It is well-known that American English exhibits variation in the phonological system and in the lexicon. Scholars have
been studying this type of variation extensively for several decades, and most speakers can easily think of different
intonational patterns, pronunciations, or different words for the same item used in different parts of the country.
However, much less is known about the morphology and syntax of North American English: what kind of variation
exists, and what can we learn from it? The Yale Grammatical Diversity Project  aims to discover and document
the range of variation present in the morpho-syntax of American English, and to use its discoveries to further our
understanding of the properties of the grammatical system of human language more generally.
We collect data by reading descriptions, asking consultants, and distributing surveys via Amazon Mechanical Turk. We
find that the presence of minimally different syntactic patterns in some cases correlates with extra-linguistic factors,
confirming what has been observed in the literature. For example, speakers who accept sentences like (1), with like
immediately followed by a passive participle, tend to be from the Midlands (Murray & Simon 2002), while speakers
who accept sentences like (2), with so  followed by a negative auxiliary, tend to be from New England (Wood 2014):
(1) Most babies liketo be cuddled .
(2) Sure it’s trendy, but so aren’t most NY clubs .
But we also find syntactic variation that doesn’t obviously correlate with any extra-linguistic factors. For example, the
use of rather  as a verb, as in (3), and the inversion of both a modal and an auxiliary around the verb, as in (4), reflect
the grammatical system of a diverse set of speakers, who are not associated with a particular geographical region or
demographic group:
(3) I would have rathered  go to a small school.
(4) Shouldn’t have  Pam remembered her name? (Johnson 1988)
If grammar is an abstract system of rules in the mind of each individual, this is to be expected: mental representations
can be slightly different from one individual to another, though always within certain limits.
In this presentation, I will discuss the goals and methods of the Yale Grammatical Diversity Project, as well as some
of our results and their implications for syntactic theory.

Professor Zanuttini's interest in linguistics arises from the fact that it studies a component of human nature with methods that approach scientific rigor. I feel privileged to study an aspect of the human mind that is still largely mysterious, the knowledge of language, and enjoy the challenge of trying to model it using a theoretical framework that is still developing, the framework.

This event is free and open to the public!