... the 1968 Election & the Disappearance of Republican Moderates." Book signing following talk: American Maelstrom: The Election of 1968 and the Politics of Division 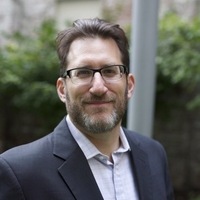 In 1968, Nelson Rockefeller ran his third and final campaign for the Republican nomination for White House. He barnstormed the country and spent millions of dollars, but fell short at the Republican convention. Rockefeller’s failed efforts were not the result of poor political skills, but rather his position as standard-bearer of Republican moderates at the time that the GOP was moving increasingly rightward. In this presentation, I will look at Rockefeller’s 3 runs for the White House, with a particular focus on 68, and examine how Rockefeller’s inability to convince the party’s rank-and-file to support him mirrored the larger decline of Republican moderates as a political force.

Michael A. Cohen is an author, columnist and regular commentator on both national politics and American foreign policy. He is a columnist for the Boston Globe and World Politics Review and the U.S Political Correspondent for the London Observer. He is the author of American Maelstrom: The Election of 1968 and the Politics of Division and Live from the Campaign Trail: The Greatest Presidential Campaign Speeches of the 20th Century and How They Shaped Modern America.

Michael has previously worked as a columnist for the Guardian and Foreign Policy and has blogged for both the New York Times and the New York Daily News. His work has been featured in publications such as the New York Times, the Wall Street Journal, the Los Angeles Times, the Washington Post, Daily Beast, Politico, Tablet, Foreign Affairs, the New Republic, the Atlantic, World Policy Journal, the National Interest, Democracy, the Christian Science Monitor, Nation, Dissent and Reuters Opinion. He has also been featured on CNN, MSNBC, ABC News, Good Morning America NOW, Fox News, BBC TV, Al Jazeera, The Brian Lerer Show, To the Point with Warren Olney, Pacifica Radio, Sirius/XM Radio’s POTUS and Wall Street Journal Radio.

Co-sponsored with Department of Government